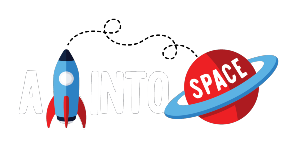 By cameron in Uncategorized

The company says revenue for its travel network, which covers its distribution business, increased 10.7% to $700.2 million.

Highlights within airline solutions include the implementation of SabreSonic at LATAM Airlines.

In the hospitality division, the SynXis reservation system saw revenue growth related to an increase in transactions.

Results for the hospitality business were a little lower than expected, but president and CEO Sean Menke says there is a “robust pipeline” going forward.

Operating income for the company was down 22.6% to $136.8 million and, according to Sabre, was because of “unfavorable comparison” to the third quarter of 2017, which included a settlement with the company’s insurance carriers relating to litigation dating back to 2012.

Menke says the company is “not afraid to move forward” on acquisition opportunities for each of the three business units that would help the company grow going forward, after 18 months of internal focus.

He was speaking during an analyst call where he also praised the Sabre team for the “best performance” in terms of product investment and stability for more than five years.

The company has raised its full-year 2018 revenue and earnings guidance following its third quarter results from a revenue growth rate of between 4% and 7% to between 7% and 8%.

REGISTER NOW! Corporate travel execs, tech vendors and others speak at The Phocuswright Conference 2018
Click here for details, tickets and the program for this year’s event in Los Angeles, November 13-15.

Houston, are you there?
×